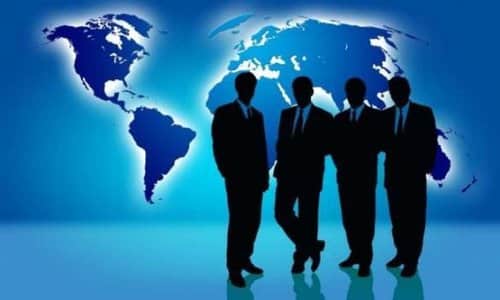 A fundamental pillar of true free markets is the existence of choice; the availability of options from production to providers to purchase mechanisms without interference from governments or corporate monopolies. Choice means competition, and competition drives progress.

Choice can also drive changes within society, for if people know a better or more secure way of doing things exists, why would anyone want to stay trapped within the confines of a limited system? At the very least, people should be allowed to choose economic mechanisms that work best for their particular situation.

This is NOT how our society functions today, and free markets do not exist anywhere in modern nations including the US. Whenever I hear someone (usually a socialist) blame free market "capitalism" for the oppressive ailments of the world, I have to laugh. The alliance between governments and corporate monopolies (what Mussolini called national socialism or fascism) makes free markets utterly impossible.

What we have today is an amalgamation of socialist economic interference and corporatocracy. Our system is highly restrictive and micro-managed for everyone except the money elites, who do not have to follow the same rules the rest of us do.

Of course, I might be preaching to the choir when it comes to these issues. But, there are some underlying developments being pushed forward by globalists determined to introduce a one-world monetary system and a one-world government that even many liberty activists are not fully aware of.

In alternative economic circles, the US dollar is seen as the end-all-be-all of fiat currency dominance. Many activists see it as the key to the power of the global elites and they think the Federal Reserve is the top of the globalist pyramid. This is not exactly true.

The US dollar is itself just another tool of the banking cabal, and tools sometimes lose their usefulness over time. While it could be said that for the past several decades the dollar as the world reserve currency was the core of globalist influence, this is about to change and we can see the signs today.

The rush towards a cashless society in the past few years is startling and unfortunately, too many liberty activists have been suckered into thinking that it's is a good thing.

There are a number of reasons for this. As mentioned above, activists see the dollar (or Fed note) as fuel for the globalist machine, and so obviously they would like to see it go down in flames. They also are generally proponents of free markets, and the exploding trend of cryptocurrencies has given them the illusion that "choice" is returning to the economy through "monetary competition".

I understand the basis for this attitude, and I appreciate where it's coming from. I also have never been a proponent of the dollar or any other central bank fiat system. This article should not be misinterpreted as a defense of dollar hegemony.

That said, there is a much bigger agenda at play here, and the dollar is only one fading part of it as it is being quietly replaced by a completely digital framework. We have to once again ask ourselves - Who really benefits from a sudden shift in the economic and monetary world?

Who gains political and social power through a cashless society? Is it the public? Or, is it the same banking elites and globalists that have always held sway over our economic structure?

In 2017 I published an article called 'The Globalist One World Currency Will Look A Lot Like Bitcoin'. In it, I warned that the trendy marketing of cryptocurrencies to the general public by the mainstream media was extremely suspicious and contrary to the notion that the establishment was "terrified" of Bitcoin or blockchain tech putting them out of business.

Clearly, the banking elites are not worried about this technology. In fact, they have been investing in it heavily. But why?  I have long held that current popular cryptocurrencies are nothing more than a beta test for a global digital currency system controlled by the elites.

his is not to say that many people are familiar with using Bitcoin or other cryptocurrencies. In fact, only a tiny percentage of the population ever comes into contact with or trades crypto. What I am saying is, the terminology, the idea of cryptocurrencies, is now widespread.

Thanks to a vast amount of media attention, Bitcoin is a household brand even though most people have never owned a bitcoin (or a portion of a bitcoin). While investors have hyperinflated the price of Bitcoin and certain other coins to levels beyond all reason as demand by the investment world and average people for the mechanism is minimal at best.

These price explosions, though brief, have spurred public curiosity. And, in the minds of many if something is considered valuable, no matter how ethereal or arbitrary the measure, there must be a reason...right?

Therefore, in the minds of bitcoin cheerleaders high market prices prove by default that Bitcoin and cryptocurrencies are necessary and desirable and anyone who is critical or skeptical is merely "upset" that they "missed out on the opportunity".

I have always said when asked about my position on Bitcoin and crypto that if you want to try to make money on one of these coins and think you can play the market, then by all means, the more power to you. But, for those who thought that cryptocurrencies are a tool for activism and fighting the central banks, all I can say is you have been duped.

Over the course of a decade, the masses have been acclimated to the idea of a digital currency system. They are now being acclimated to the idea that physical currencies should be done away with and replaced with the "more efficient" blockchain tech - Death to the dollar, death to the Fed and death to the globalists say activists as they cheer for the new digital landscape! But this is not what is really happening. The death of the dollar and physical cash is only the primer for a new and even more invasive world order.

In the past two years, the agenda for a cashless system and a one-world currency has gone mainstream. The plans that liberty analysts were once called "conspiracy theorists" for talking about ten years ago are now out in the open.

The latest barrage of propaganda was launched by the governor of the Bank Of England, Mark Carney, who openly warned of the end of the dollar's world reserve status, comparing it to the end of the Pound Sterling's reserve status after WWII. He also noted that the dollar could be replaced by a new digital currency system and that this would be advantageous to the banking system.

This piggybacks on comments made by globalist and PIMCO CEO Mohamed El-Erian in 2017, who stated in an op-ed that the IMF's Special Drawing Rights basket system could be used to replace the dollar as world reserve and that this would help to "fight the rise of populism".

Next, Facebook introduced the concept of the "Libra" digital currency, which Mark Carney also suggested central banks would be watching closely. Libra, in my view, is a test designed to lure the wider public into using digital currency on a regular basis. As noted, Bitcoin and other cryptocurrencies gained exposure but not preference. Where they failed to infiltrate the daily trade of the average citizen, Libra could eventually succeed.

So far I think the reaction is not what the globalists hoped for. Instead, Facebook is taking it slowly by introducing a new internal payment system called "Facebook Pay" similar to Paypal. Libra, or something like it, will likely make a reappearance in the next couple of years on Facebook and on other platforms.

Next, former ECB chief Jean-Claude Trichet argued in favor of a digital version of the SDR basket system at the Caixin conference in Beijing, arguing that Bitcoin and other cryptocurrencies were not stable enough or "legitimate" enough to take on the role of central bank currencies. Many argue that this is proof that the globalists are afraid of cryptocurrencies.